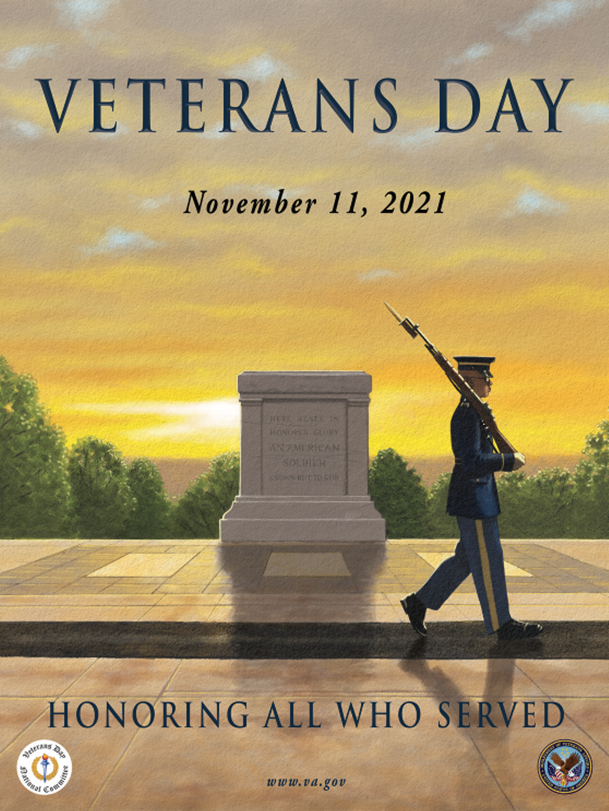 This years theme and poster for Veterans Days taken from the US Department of Veterans Affairs Office of Public and Intergovernmental Affairs.

The theme for Veterans Day 2021 is centered on the centennial commemoration of the Tomb of the Unknown Soldier. Located at Arlington National Cemetery, the Tomb was initially dedicated by the Army on Armistice Day, November 11, 1921, with the burial of an unknown service member from World War I. Over the past century, additional unknowns have been buried at the Tomb, and the site has become a people’s memorial that inspires reflection on service, valor, sacrifice and mourning. This year’s Veterans Day poster competition asks artists to envision a design that evokes elements of the history, legacy, and meaning of the Tomb during its centennial anniversary. Whether inspired by historic images of the Tomb, the ceremonies and rituals that take place at the site, or the physical Tomb itself, artists should interpret the Tomb’s centennial in a way that honors its past and recognizes its continued importance in American society to all.

We wanted to share this poster and information as our way of Honoring All Who Served.